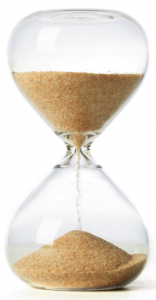 Planning for the future of your business includes planning for your IT needs.  An important consideration is whether your technology has reached end-of-life.

“End-of-life” (EOL) indicates that the vendor considers the product to be at the end of its useful life, and the vendor intends to stop marketing, selling, and supporting it.  Using unsupported, out of date hardware and software, including operating systems (OS), results in lowered productivity, increased downtime, and increased security risks.

On the other hand, newer hardware and software are designed to offer new features and speed to improve your business’ productivity.

When vendors stop issuing security patches, EOL technology is a security risk for your company.   Security updates patch newly discovered OS vulnerabilities that might be exploited by malware.  This protects your computers and servers from viruses, spyware, and other malicious software, to keep your company’s data safe.  Businesses that need to adhere to industry or federal standards such as HIPAA, PCI-DSS, and Sarbanes-Oxley, must update to technology that is supported with security patches in order to meet compliance requirements.

Microsoft ended support for Windows Server 2003 on July 14 of this year, after an 18 month extension past the initial end-of-support date.  Windows XP was finally retired on April 8, 2014, after 12 years.  These operating systems are no longer supported and put your company at risk!

Many companies continue to use EOL servers and computers.  Whether this is due to the cost of replacing their equipment or due to the fact that they are running legacy software that will not run on the newer operating systems, these companies need to move off of these systems.  Your EOL systems provide an open door for attackers looking for the path of least resistance into your company’s infrastructure.  Even having one Windows XP computer on your network puts your entire business at risk!

Life-Cycle Planning as Part of Your Strategic IT Plan

Incorporating life-cycle planning into your Strategic IT Plan will enable your business to plan ahead.  Microsoft’s Lifecycle policy provides a clear and predictable schedule for product support timelines.  When you buy technology equipment, track the expected end of life and warranty provisions to evaluate when they should be replaced.  This will help your company to budget for future purchases.  Planning to replace equipment before old technology causes problems resulting in downtime will also save your company money in the long run.

At least once a year, Big Idea Technology meets with our clients to discuss their IT strategy to ensure that their technology supports the growth of their business.  All factors affecting technology management are considered, including hardware and software management, vendor management, risk management, Disaster Recovery, compliance issues, workflow, user needs, business objectives, new technologies, cost planning, and end-of-life.

If your company is currently using EOL hardware and software, it’s past time to replace it!  Call us to discuss your IT strategy and make arrangements to refresh your equipment.